Back to Back Gold for Fleming Knights Women's Rugby

Fleming Knights win back-to-back gold in OCAA Women’s Rugby action in front of a crowd of 625 fans at the Fleming Sports Complex on Sunday November 6 2016, defeating the S.t Lawrence Vikings 41 to 10 after 80 minutes of play. Jacinta Addai-Sarfo scored 4 tries having a match total of 20 points. Joanna Bronson kicked 3 conversions giving her a match total of 6 points  and scoring single 5 pt tries for Fleming were Jillian Hartung, Annie Nelson, and Alize Spalding-Lawrence. Jacinta was named player of the match for Fleming. 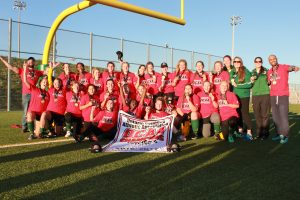 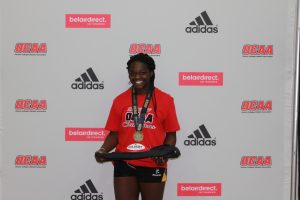 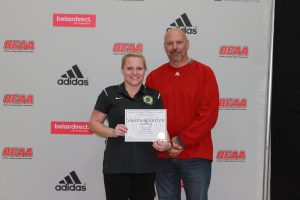 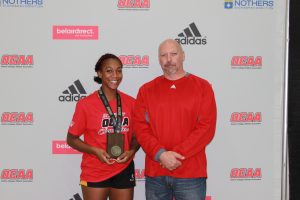