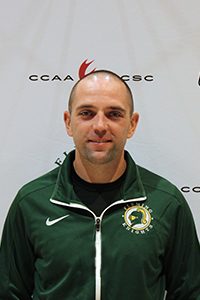 Sutherland has been an asset to the Knights’ cross country and track teams for a number of years. Now Sutherland will be expanding his coaching repertoire as he oversees four other coaches with the Athletics Ontario U16 team. The Athletics Ontario team will battle against Team Quebec later this month. The Athletics U16 team contains 50 of Ontario’s top athletes under 16.“It’s a great opportunity to work with other coaches who have a lot of experience,” explained Sutherland. “It’s a very high level of competition.”

The events include distance running, sprinting, throwing and hurdles. Sutherland will oversee the four people coaching each discipline. Sutherland said there have been preliminary qualifying competitions underway and one athlete from Weldon is hoping to compete.