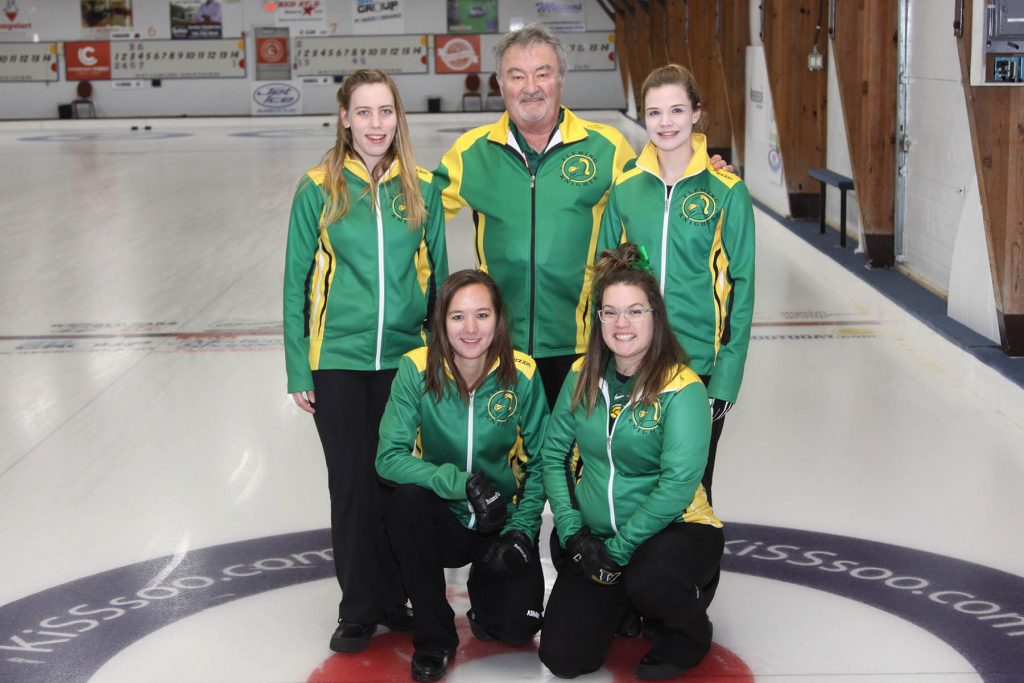 After participating in the OCAA Curling Championships at Sault College in Sault Ste. Marie Ontario, the Fleming Knights Women’s Curling team was crowned bronze, and qualified for Nationals.

In the semifinals, Fleming took a strong lead against Fanshawe scoring five in the first three ends. Fanshawe stormed back in the fourth and fifth end and took the win. Fleming then moved on to face Humber in the bronze medal finals.

In the bronze medal match, Fleming took the lead against Humber. Humber battled hard; however, in the end Fleming was victorious with a final score of 7-6.

The Fleming Knights Women’s Curling team looks ahead to the CCAA Curling Championships, which are set for March 21 – 29 in Leduc, Alberta, where they will face off against the top curling teams from across the country.

At the OCAA Provincial Curling Championships, women’s coach Dave Farnell was awarded OCAA Coach of the Year for the women’s team.