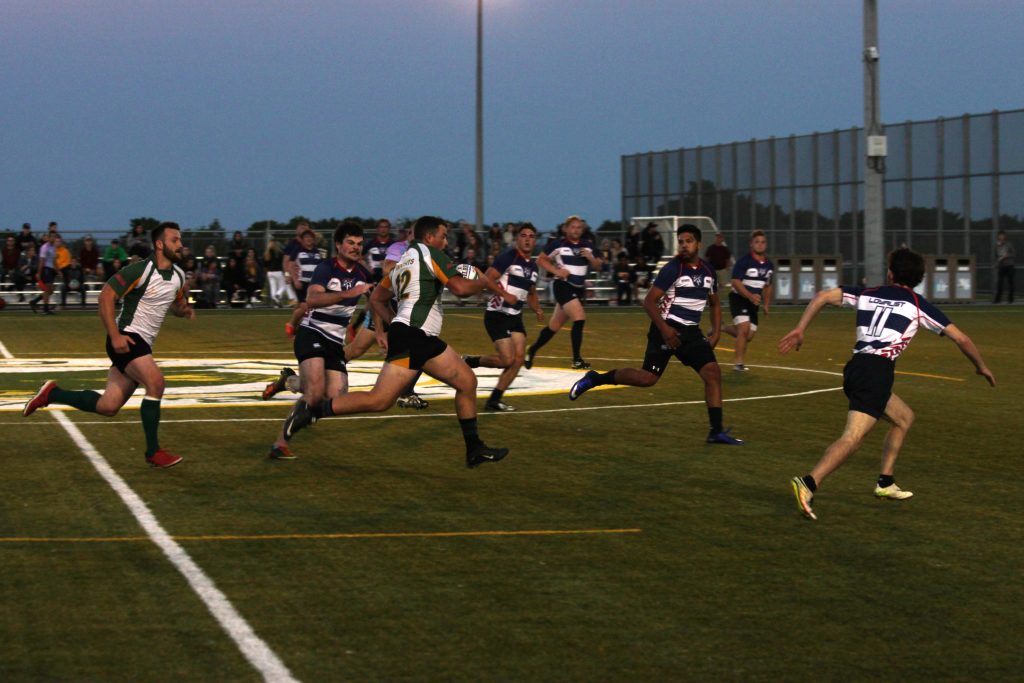 Peterborough, ON: Today the Fleming Knights’ varsity men’s rugby team hosted the Loyalist Lancers at the Fleming Sports Complex. The Knights, coming off a season opening loss to the Algonquin Thunder, bounced back easily defeating the Lancers by a score of 51-5.

The Knights came ready to play from the first whistle as they scored their first try within minutes of kick off, courtesy of #13 Weldon Spears (Port Hope, ON). Spears had an outstanding game scoring two tries in the match. The Knights also had a big night from #15 Kai Lucas-Dumolo (Solihull, England) who had a try and three successful converts.

Contrary to their last match, the Knights played a much more solid defensive game which was a match to their high performing offence as they held Loyalist Lancers to a single try in the match.

The Knights look ahead to September 23rd as they visit the Algonquin College to re-challenge the Thunder.

Quick Look at the Knights