Congratulations goes out to Jovain Wilson, Fleming Men’s Basketball Head Coach, who was inducted into the OCAA Hall of Fame Class of 2017. Jovain was among 1 of 18 new inductees, including fellow athletes and coaches, to be included in the OCAA ceremony that took place in St. Catharines last week. Jovain’s induction originates from his years of playing in the OCAA, prior to the start of his coaching career with the Fleming Knights.

Jovain was a varsity athlete at Fleming College from 2007-2010. He was named OCAA Rookie of the Year and East Division Second-Team All-Star in his rookie year, and captured an East Division First-Team All-Star title in his second season as a Fleming Knight. In his last season at Fleming, Jovain was named OCAA Player of the Year, CCAA All-Canadian, and led the East Division in scoring. After leaving Fleming, Jovain attended school at Algoma University in Sault Ste. Marie for 2 years, and was, once again named OCAA Player of the Year, CCAA All-Canadian and named West Division First-Team All-Star. Jovain’s career points have secured his spot as second all-time scorer in the OCAA, at 1,702 career points. 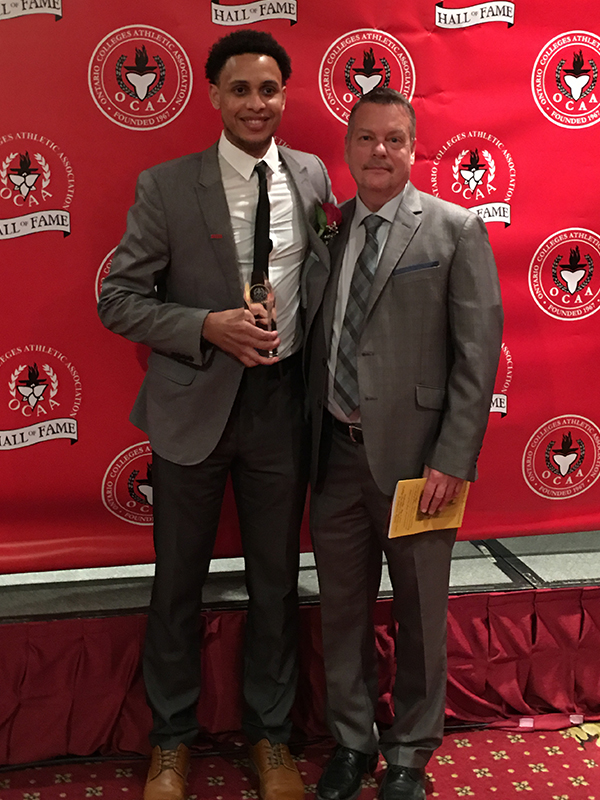 For the full OCAA articles, please click on the links below.