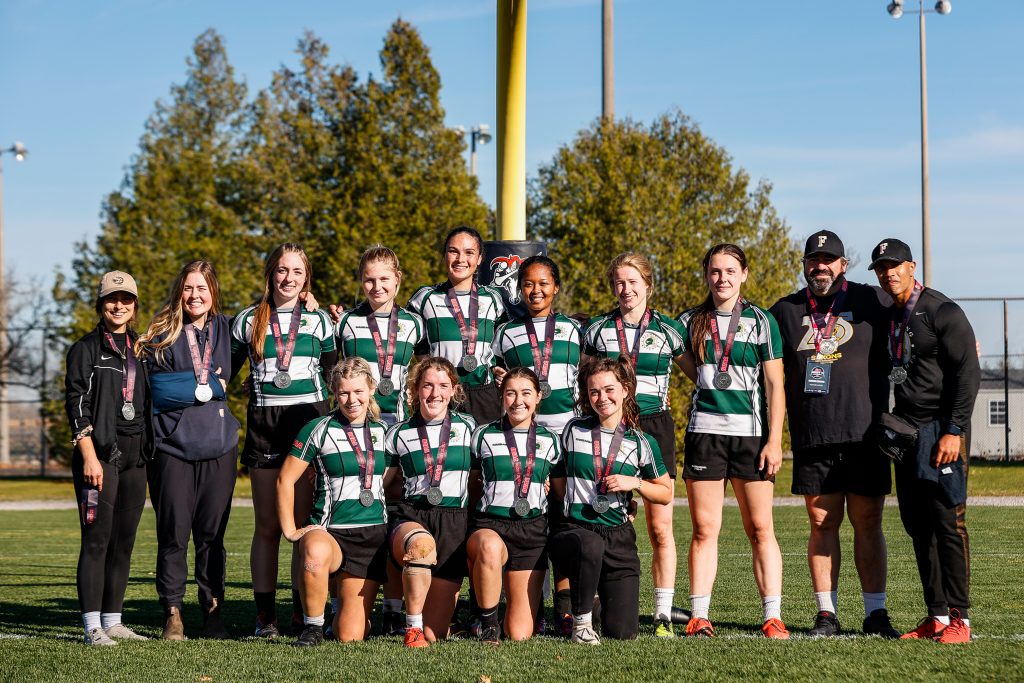 The Fleming Knights Women’s Rugby Sevens team capped off their impressive 2022 season with a Silver Medal at this weekend’s OCAA Championship hosted by Loyalist College. The Fleming Knights had a strong regular season finishing second overall, giving them a buy to the semifinals of the OCAA championship. After winning their semifinal match 15-7 vs Algonquin the Knights fell to a strong Durham College team 17-5 in the championship game.

In addition to a number of team accomplishments this season several members of our team were recognized individually at the provincial level.

OCAA Coach of the Year

Donnie Maillet of Fleming College. Maillet led the Knights to a second-place finish in 2022, two positions better than last season’s abbreviated schedule. Fleming’s 12-6 regular season record is its first above .500 since 2017.

The Athletics and Recreation Department would like to congratulate our Women’s Rugby Seven’s program on an amazing season and thank them for representing our college at the highest of standards all year. The Knights will now set their sights on New York City as they will be travelling to compete in the largest, longest running, single day rugby sevens tournament in the USA November 25-27.