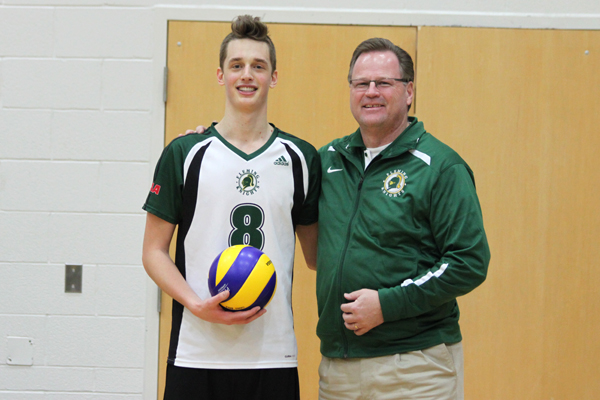 Couchman finished the match with two blocks and now holds the OCAA record with 242 for his career. Couchman passed Andre Brown of Humber College, who held the previous record with 240 blocks in his five seasons between 2009 and 2014.

Couchman entered the season fourth all-time with 193 blocks. He is tied for fourth among players with season with 49 with two more matches remaining this regular season.

It has been a season of broken records in OCAA volleyball. Humber’s Terrel Bramwell (Mississauga, Ont.) became the OCAA’s all-time leader in points and kills last December. Bramwell currently has 1,201 points and 1,002 kills for his career with two matches remaining.