Fleming to Host Three Provincial Championships In the Upcoming Season 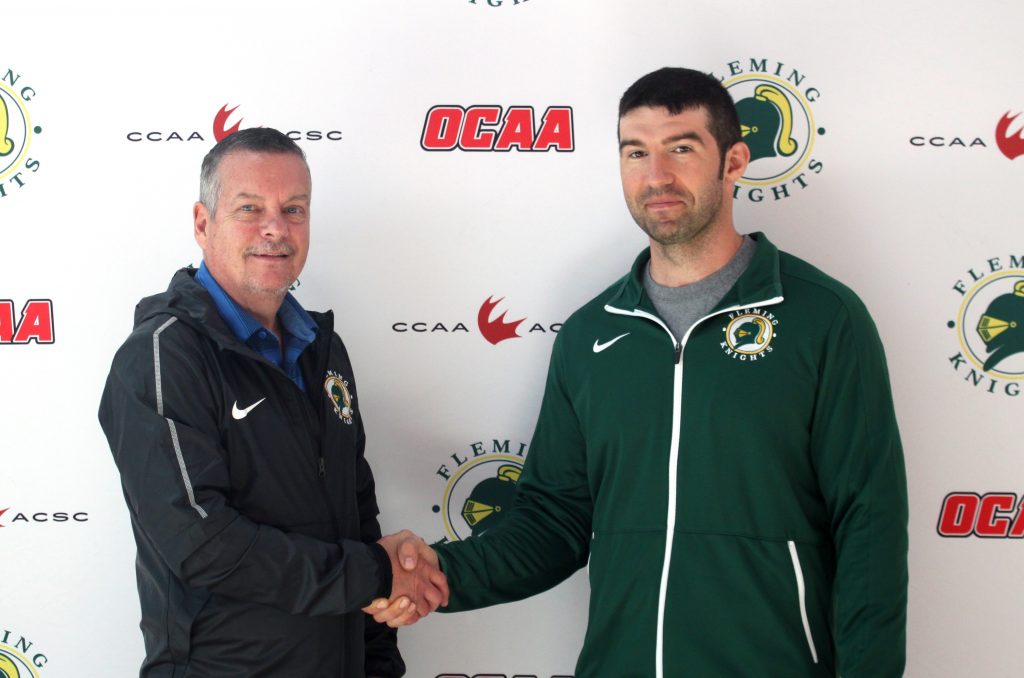 Peterborough, ON – The Fleming Knights are excited to announce Josh Neadow as the new head coach of the Knights Women’s Varsity Volleyball team.

Along with a strong volleyball background Josh is a huge contributor to the local Peterborough community; He is currently a teach of the Police Foundations program at Fleming college as well as a trainer at Cross-Fit Kawartha and also creating the Ignite Program which is for individuals on the Autism Spectrum

“Josh is a past player at Trent University and played in the OCAA where he was an all-star, team MVP, and Athlete of the year. With his vast knowledge as an Educator, player and coach he will be an excellent addition to the coaching staff for the Fleming Knights Women’s Volleyball Program” states Fred Batley, Athletic Coordinator of Fleming Athletics.

Josh and the rest of the Fleming Knights women volleyball team look forward to preparing for the upcoming OCAA season which begins for the Knights on October 18 when they travel to Barrie to take on the Georgian Grizzlies.