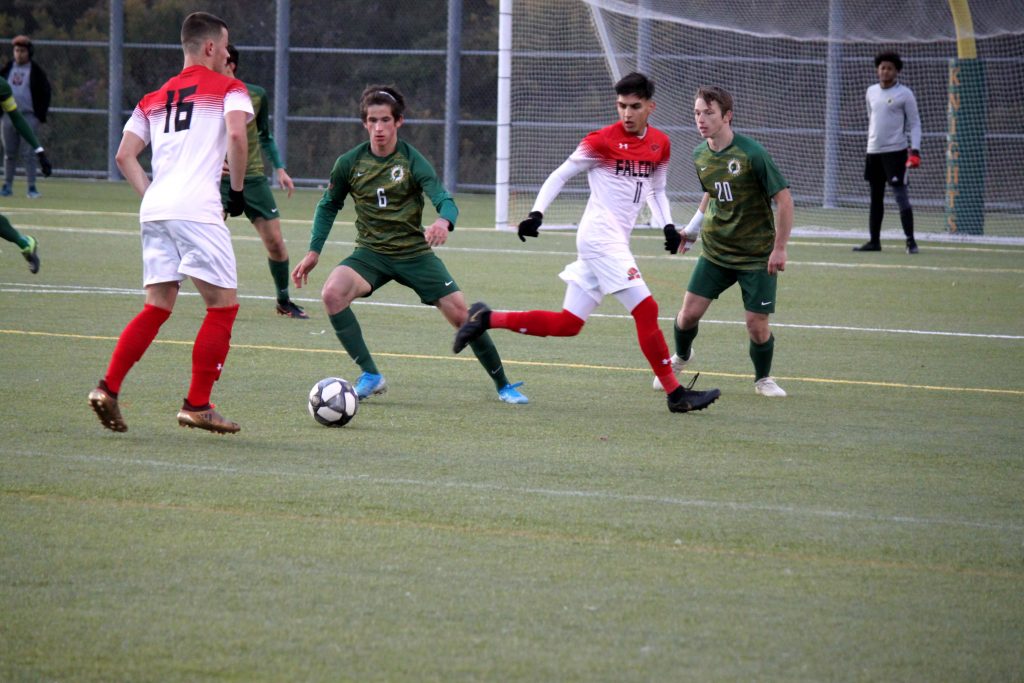 The day brought eight of the top teams in Ontario battling in sudden death quarter-finals for the chance to advance to Friday’s semifinals matches.

The player of the games in the match was Alexander Howe for Humber and Colin Gibson for Algonquin.

The Hawks will face off against the Seneca Sting in Friday’s first semifinal match. The Sting had a tough battle in the first half against the UTM Eagles. The Sting established a narrow lead moments before half the game’s half, which the Sting furthered as they dominated the second half. The end result was a 6-2 win.

The player of the games in the match were Anthony Gurrieri for Seneca and Mohammad Golmakani for UTM. Golmakani scored both of UTM’s goals in the match.

The third quarter-final match brought together Sheridan Bruins from the West, and Durham Lords from the East. Despite holding possession for much of the game, the Durham Lords eventually fell short to the Bruins despite the Bruins playing down a man. Both goals against the Lords were scored in the final 15 minutes of the match, allowing the Bruins access to Day 2 of the championship. After the Bruins 2-0 win, they will now face off against the powerhouse from the West, the Fanshawe Falcons.

The player of the games in the match were Chidibere Nnolim of Sheridan and Aiden Donaldson of Durham.

The final match of the quarter-finals brought the West division champion Fanshawe Falcons against the championship host Fleming Knights. With a busy first half, the Falcons made quick work over the Knights solidifying a three-goal lead. The Knights, however, stepped up their game in the second half playing both a stronger defence and offence against the powerful Falcons. In the end the Knights fell short to the Falcons 3-0.

The player of the games in the match were Josh Herter of Fleming and Dominic Szyszka of Fanshawe.

You can follow along with the championship at ocaa.com/msoc and watch the games streamed at ocaa.com/ocaalive.

The Ontario Colleges Athletic Association (OCAA) is the recognized leader in intercollegiate athletics in the province, dedicated to student-athlete and sport development. The OCAA has 27 members sponsoring 12 varsity sports.